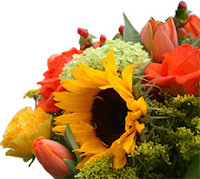 There are many ways to say “No”, some are distinctly better than others. Yesterday a mini experiment in saying “No” happened in our office. I wrote an email query (not the first time) which included a budget request and sent it to two senior managers in the institution. It was something I had been banging on about for months and clearly was beginning to be an issue that needed resolution. A short meeting had been held the previous day on the topic, so I was eager for the answer. Within 30 minutes of my message, both managers wrote me back. Both effectively saying “No”, but what a difference in approach, delivery, and how it made me feel afterwards.

One manager wrote me a one liner asking if he could talk to me about this. Then within 30 min he was standing in my office. We sat down, chatted for a minute and then he brought up the issue. He listened to me first, then he told me about the process and rationale for the decision. He gave me an example of how another staff member in my similar situation had found a solution and was working it out. He appealed to my sense of fairness (as in this case the limited budget I had requested was going to those who had no other options for participation without this means). He smiled, he asked if I understood, and in the end I felt a bit guilty about my initial request, was willing to give it up. I thanked him for his time and thoughtful explanation; I practically thanked him for his “No”. At the end of our 7 minute conversation I was more knowledgable about the process, I understood his challenges in decision-making and his rationale.

The other “No” response could not have been more different. The second manager wrote me an email and pasted in the text from the minutes regarding the decision that was taken in the meeting. It also refered to a memo from last January (which has not been spoken of again until recently). It had no rationale, was unapologetic, and straightforward in saying “No”. It ended with saying, effectively, the rules say you will not do this. All this in 4 lines of an email. Wow, the feeling of this “No” response was dramatically different. I made me feel argumentative; I wanted to take the time to dig out that January memo, follow all the discussions and find evidence of miscommunication, etc. write back a retort, stir up a fuss, stand on principle, etc. etc. Effectively, waste a lot of time (mine and potentially this manager’s) contesting a decision that only moments before I was completely fine with.

The nice approach won out. I will drop this now, but it is an interesting lesson in how to artfully say “No”. And also about time -short term time investment for long term time savings (in systems akin to the “Worse Before Better” archetype). Both managers are incredibly busy. However, taking 10 minutes to come see me saved this first manager (and me) potentially much more effort dealing with my reaction to this decision over time, and potential spin off reactions from bad feelings. Ironically, this short exchange with the first manager to tell me “No” probably even improved our relationship. Imagine being able to use a bad news situation to make interactions better overall – artful people management. I am not sure this would be the case with the second approach.

Followon TwitterSubscribeto RSS Feed
Behind Jargon: Watching Paradigms Shift No More Thinking Out of the Box: Games Can Get Your Further
Scroll to top