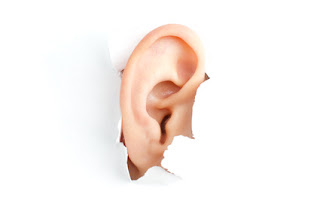 I moderated a panel at a large conference over the weekend, a conference at which I was also facilitating. I am not always so keen on doing this – not because I can’t moderate, but because I find it tricky to moderate AND facilitate at the same time.

Good panel moderators need to listen deeply. They need to pay very close attention to what their panelists are saying, to their arguments and questions, and the interesting possible inconsistencies amongst them. Moderators must poke a little, explore, try to move the panelists ever so gently out away from their traditional messages and in doing so potentially out of their comfort zones. Good moderators can generally anticipate the audience’s area of interest and questions in order to generate a vibrant debate and discussion.

But when you’re facilitating, you can’t always listen.

I moderated/facilitated my panel from the floor, that is, I was standing in the audience while the panelists were speaking, far away from the podium with all its formality. I stood and walked through the participants with my wireless microphone on all the time so I could jump in without missing a beat. And without the awkward fumble of turning the mute on and off. In doing so I could keep a more interesting conversational rhythm to the panel discussion.

But I couldn’t too probe much, and I couldn’t always keep track of the narrative of my panelists – at least not at a very nuanced level – why? What else was happening at the same time that I should have been listening to my panel speakers?

All this in the 5 minute intervention that my first speaker made (or at least it seemed like it).