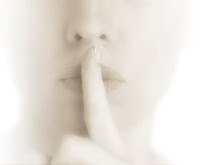 This week we are hosting a 5-day workshop, “Beyond Facilitation: Intervention Skills for Strengthening Groups and Teams”. We have 19 people here from within our institution and other facilitators working around the world, from the UK to Zambia. We are using Group Process Consultation (GPC) as our foundation for learning more about how we can help teams be as highly performing as they want to be.

I have written a few posts about GPC from a previous worksop I took earlier this year which describe this approach, No Hiding Behind Our Desks and Understanding What We are Bringing to the Party. This time however, it feels different. It’s not a different trainer, we are working again with Chuck Phillips, who is one of the founders of this approach and has been working with groups on it for three decades. It is not the content; I thought it was perfect the way it was (one day shorter) for my colleagues and the other facilitators. I think it is about the participants. The participants at the NTL course that I attended last April were all private sector OD/HR people and very much “people-people”. This time however, we have a greater mix. There are plenty of “people gathers” – people who are high on the FIRO-B (Fundamental Interpersonal Relations Orientation–Behavior) instrument’s Inclusion and Affection continuum, and this time we also have some people for whom the touchy feely parts of group work give little energy or motivation.

This group I found much more representative of the diversity and complexity of real life teams, and as such provided an additional layer of learning for me. As a facilitator, and someone who is sensitive to participation and inclusion in groups, my tendancy is to get fixated on someone who is not speaking, not sharing, not participating – assigning that behaviour to discontent in the group – and then do everything I can to get that person involved. But one of these more reflective colleagues noted today that sometimes he just does not want to talk, or doesn’t have anything particular to add to the conversation at that moment. If the facilitator jumps on him for not talking, that will probably irritate him enough to keep him from talking in the future. That is learning for me, people have differing needs for inclusion in a group, both expressed and desired. It doesn’t necessarily mean that they are not engaged or contributing, it just means that they don’t feel the need to talk all the time to do so (like me).

Followon TwitterSubscribeto RSS Feed
Apparently children can teach themselves anything – can we do that too? How (Not) to Have a Terrible Meeting
Scroll to top