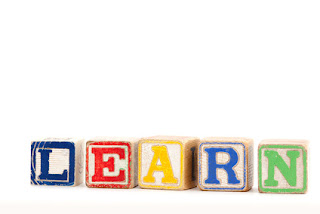 According to the research of Professor Sugata Mitra, Newcastle University, and the main researcher behind the famous “Hole in the Wall” projects held in India in the last decade, Tamil children in rural communities can learn biotechnology in English on their own. How can this be possible?

That’s what Mitra has learned after spending the last decade observing children using computers embedded in building walls in safe, public play areas around India. He observed that with a simple computer, keypad and browser, groups of children could teach themselves remarkable things, from a foreign language to the anatomy of the human body.

Through these experiments he found something that was not previously taken very seriously in educational theory – children can learn anything when the right emotions are triggered. These include curiosity, challenge, and pride (like not wanting to be called a fool by other children). The context was also important – the hole in the wall computer was not in the classroom, where learning was more associated with routine and examinations (which he intimated took all the fun out of it), but in a “play area” with no rules.

Does this hold for adults too? Can we really learn anything when our emotions are engaged and context is right? How often do we take these two things into consideration when designing our learning interventions? I have written before about creating physical memories for learning, which is working with both the mind and emotions in learning situations, as well as taking it out of the traditional “training space”. Maybe it is also about knowing what your own triggers are. Certainly mine include novelty and a steep learning curve (thus my great consternation about how to use Facebook and Second Life for learning, see my previous post about this). However, for some people neither of those tools has much novelty left; they might push all the right emotional triggers for me, but not necessarily for others.

I imagine those learning triggers are very personal, and for those of us in the learning trade this is another reminder about the value of individualized, learner-centred approaches with lots of choice. It doesn’t mean that we should not explore and experiment – that, in many cases for both adults and children is our main pathway to learning.

Followon TwitterSubscribeto RSS Feed
Want to Learn More? Take this Quiz… You Have the Right to Remain Silent
Scroll to top