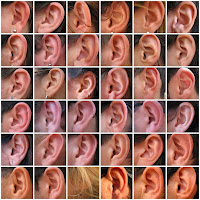 The start of any workshop normally includes a tour-de-table where people introduce themselves and say a few words about their expectations and why they are there. If you are going around in a circle, you can figure out how long it will be until your turn. Then you calculate how many people you can actually listen to before you need to think about what you are going to say. At that point you tune out in order to come up with something that sounds interesting and intelligent, until after your turn. After your turn, you replay your intervention a few times in your head to convince yourself that it was a good contribution and made you look good. Then you tune in again. Out of the 20 or so participants, you ended up hearing about half or less.

As a facilitator what can you do to get people to register the interesting information about each other that will start to connect them at a personal level, allowing you to move the group towards more and more powerful, creative, potentially intense and exciting discussions? People need to feel comfortable with the other group members for that; it can be a bit risky in the group process sense. How can you catalyze that process?

There are of course many ways to do this. What we did last week, with a small group of people who will be working together for two years on a project at a distance, was to give them a team quiz.

No one said that you had to listen the first time, maybe some of them did not. However, the next morning after their introductions on Day 1, they received a pop quiz about the team to complete titled, “Were You Listening?” Match the person to their musical instrument (who played the bassoon, the piano, the guitar?) Who studied philosophy in university? Which two people do not speak Portuguese (because almost everyone else in this group does)? Who coined a well-known conservation term? Who started their career in the civil service? Ten multiple choice questions captured some of the interesting things about this new team, taken from the things that they had said about themselves in the previous day’s introductions.

If they did not pick it up the first time, then this was the second opportunity to absorb the information. And this time, going through the answers of the quiz and discussing them further, everyone was listening.