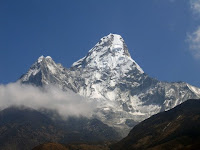 When do you have a burning desire at 9pm on a Sunday to go into your office and sort through your mountan of paperwork for 3 hours? When you feel like you are, for the first time, actually Getting Thing Done.

After a visit and full day seminar from David Allen last week, creator of this popular approach to personal productivity, our office has been hit by the intense need to Collect, Process, Organize, Review and Do. When I started my organizing streak last night, I didn’t have to create my own categories of lists, I simply copied my colleague’s, who had spent all day Thursday and Friday setting up her own system. We had 54 staff members attend the seminar – I heard that there was a run on folders, and that people were scouring the basement for old in-trays and bits of filing cabinets the rest of the week.

Now I have my own mind sweep nearly complete; that is, getting all of those undone things that David refers to as work on a set of next action lists, from performance assessments to paying my cafeteria tab. And when I can get over the intense sense of urgency of doing all of those things that I had actually forgotten, I hope that my weekly review will free up some physic ram so that I can get on with some of the creative things on my Someday/Maybe list.

Sound like a new language? It might be for some, but it’s not a foreign one and not hard to learn. It’s based on practices you do regularly, but puts them together in a more effecient, and systemic way. And it seems to really appeal to people. One of my colleagues said that in the first 30 minutes of his seminar she had decided to adopt the GTD approach, because it was simply better than the one she was currently using. Another colleague worried about the extra time investment asked David at the end of his seminar, “Doesn’t using GTD take a lot of discipline?” David responded with “Yes, absolutely, but anything takes discipline before it becomes a habit. Brushing your teeth and taking a shower regularly took enormous discipline (or disciplining) when you were a kid. Until it became a habit. Now it feels bad not doing it. You need to get to that stage with this practice as well. “

Feeling on top of things is the peak of work/life balance. I can just about see the top of my paper mountain. It’s bright and beautiful up there. When I get there I am going to shout from the top of it, “It works! Labelmaker anyone!?”