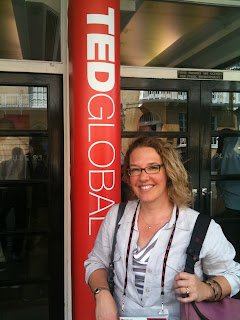 A week of TEDGlobal Talks leaves you with many lasting impressions and some very interesting things to mull over – especially after hearing almost 100 hand-picked speakers in under 5 days. Here are some of the fun facts that just won’t leave me alone…

That’s TED. It’s still swimming around in my head as I try to process it all.

Well, we can just take our two brains, computers, a few pigs and some delicious insects to another planet, and send back asteroids to pay for our UNDO insurance, just in case it doesn’t work out…and we just won’t care what other people think.