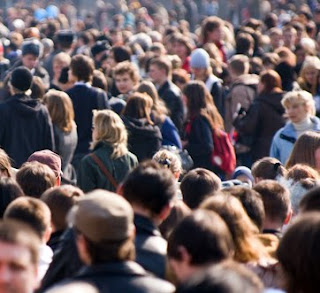 I just finished co-facilitating a week-long leadership training course with LEAD’s Edward Kellow. Systems Thinking was one of the cross-cutting skills components, which started with an introduction on Day 1 (introduction and drawing Behaviour Over Time Graphs), and then on Day 2 we got into reading and drawing Causal Loop Diagrams. Both were entirely based on a case study which we would be exploring and visiting later that week – in this case the London 2012 Olympics and its sustainability legacy (See Towards a One Planet Olympics). I had introduced systems thinking in the previous year’s LEAD programme – See a previous blog post about: How to Go From 120 PPt slides to 2! I think this year’s approach to spread it throughout the week’s curriculum was even better. ) This game helped us pick it up even at the very end.

We had worked throughout the week in so many different groups and constellations, from Digital Pairs (everyone was given an unknown  partner before the workshop to introduce to the group the first night solely from online research into their Digital Identity), to Learning Trios, Presentation Groups, Daily News Groups and LEAD Associate Project Groups. To tie this together with systems thinking, to make visible these interconnections and to celebrate this work, I designed a new game for the closing, called the Flash Mob Game.

We had played the Systems Thinking Playbook Triangles Game earlier in the week (where people stand  equi-distant between two people who act as their reference points), and had explored how to spot systems around us, and to harness their inherent energies to help us meet our goals. So rhis new game was designed to play at the end to pick up those points, and to let people “close” the meeting in a fun way. Here is how the game goes:

About this Game:
This game is perfect at the end of a longer workshop, or at least one that has given participants an opportunity to work in a number of different kinds of groups. It is an interesting way to make visible the  invisible connections that people have made over the course of the workshop. It also shows how something that from the outside seems chaotic, actually has a number of complex inter-relationships that only become obvious when needed, and over time (at least over the time of this game). Like a Flash Mob, the minute before and the minute after their inter-relationship becomes apparent, this seems like a normal crowd of unconnected and unrelated people.

Space Needed:
An open space big enough for people to walk around in without bumping into things (can be inside or outside, we went outside).

Equipment and Materials:
A bell or whistle (I prefer the softer sound of the bell).

Variations
You could probably adapt this game to a mid-session time frame, or earlier in the workshop if you can identify different interconnections and inter-relationships between people and are sure that they are also aware of them. For example after introductions on Day 1, you could call it the Hello Flash Mob and ask people to find others who work in their sector, who come from the same country/town, etc. and say ‘Hello’ and tell them how nice it is to meet them. This would also help visualise a “crowd” self-organise and then melt into a crowd again. At the end of this version, you could ask them to find the people who are happy to be here, say ‘Hello” and tell them how much you are looking forward to working together this week/day/etc. I would still end with a bell and letting them walk away again. Then stop and debrief the game (as above).

Make sure you test it yourself, we just played it for the first time yesterday (and it worked beautifully)!

and Liverpool Street Station in London:

Followon TwitterSubscribeto RSS Feed
Did You Know? Some of the Things You Learn at TEDHow to Go to TED (or at least TEDGlobal)
Scroll to top