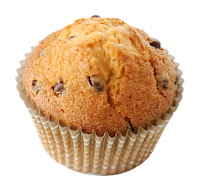 (With apologies, or perhaps thanks to “If You Give a Moose a Muffin“)

This is a cautionary tale about why you need to take extra steps to stay productive and focused in a home office.

If you give a Gillian an invoice to write, she’ll write the invoice and then she’ll want to complete the project properly so she’ll sit down with her GTD manila file and notebook and separate out things that need to be kept and tossed;

Then she’ll remember while she’s taking apart the notebook, that she wanted to write a blog post about how the notebook was put together so that she could remember how she did it for next time.

So she’ll sit down and write the blog post. After the blog post she will want to tell people about it so she will go to Tiny URL and shrink the url so that she can Tweet about it.

Once she has tinied the URL, she’ll log on to Twitter and send out a Tweet telling people about the blog post, and then she’ll want to glance at the recent Tweets, and check any messages or @mentions (because we all do don’t we). She doesn’t do this too often to avoid too much distraction.

When she looks at the @mentions she’ll notice that another facilitator, LynnWalsh, has recently highlighted  some tempting articles on her site, The Facilitation Daily, which is a cool paper.li site.

While scanning the interesting articles and marveling at Lynn’s site, she’ll notice the live Twitter stream, and one particular Tweet pops up from @Nicatnight saying he had discovered the joys of Moleskine hacking (?). She’ll notice that he uses a #GTD hashtag for his post, which she also used.

When she sees the #GTD hashtag, she will curiously google “Moleskine hacking” and get a 43Folders wiki article about how to hack a moleskine notebook in many helpful GTD-complementary ways. Seeing that was written by Merlin Mann of Zero-Inbox fame (which she has written alot about on this blog), she will decide to go to the 43 folders website to see what’s going on.

While reading through the 43Folders website (“Time, Attention and Creative Work”), she’ll notice that her pomodoro for preparing the invoice, and follow-up GTD filing, went off 2 hours ago.

And when she notices that, she will want to go back to her invoices and filing…
(I am literally afraid to post this on Twitter)