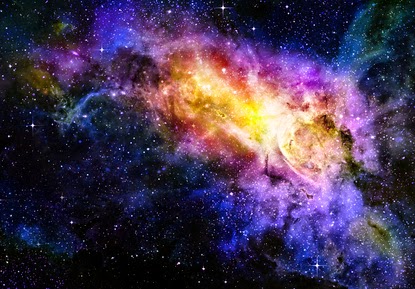 Every year on the shores of Lake Balaton, a very unique group of systems dynamicists, systems thinkers and sustainability practitioners – called The Balaton Group – meet. The Group has met annually since founders Dennis Meadows and Donella Meadows (Co-authors of Limits to Growth) constituted it in 1982 to explore, exchange, support, dream and create together around the sustainability challenges that face our world.
This year our meeting focuses on the SDGs and is titled: How Can the Sustainable Development Goals Advance Sustainability?  Now, Balaton Group Members are remarkable people, and one of them who participated in the recent deliberations that lead to the current SDGs wrote a thoughtful reflection on the meetings that he was attending as a part of the intergovernmental Open Working Group (OWG). He called it The Turkish Astronomer…I thought it was a lovely reflection, it was poignant for me as I have sat on both sides of the room at these kinds of meetings, and I wanted to share it here (with his permission)…
***************
I am sitting here at the morning hearing with stakeholders and major groups, morning after morning. This right now, as I write,  is the last one in the series, the Friday one. An African girl from a women’s group, also on behalf of trade unions is speaking.  Then an Arab one. Then a Latin American. Then a European. Then an old lady from Harlem.
What they are demanding eloquently, regularly, repetitively is what many of us yearn to hear during the day from UN Member States: respect to human rights, decisive action on climate change, observation of planetary boundaries, development instead of growth, new indicators for prosperity, win-win solutions for ecology and economy, natural resource accounting, contraction and convergence, and so on. The call for the establishment and use of new monitoring and evaluation methods for society, economy and ecology.
They are our Turkish astronomers. (Remember the Little Prince of Saint-Exupéry?) They are saying all the correct things. More than that: they are saying the essential things. But they  have the wrong clothes, an appearance that, ultimately, screens away this essence. They are not XY PhD, or Prof.dr. ZW or Director of the IIVSEM  (International Institute for Very Sound Expertise on the Matter). They are mere NGO activists of pressure groups with unknown but giveaway names. It is not their research. It is not their data. It is, in fact information from you, academics, scientists, research people from UN special agencies they rely on, they quote, they wield. They are people who listened to you, who read what you wrote, discussed it, teamed up and came together around it, understood it.
But they do not look likeexperts. They do not sound like experts. The do not have the business cards of experts. They are nothing but passionate persons impatient with the inertia of national governments that threatens their future, their childrens’ and grandchildrens’ future. They do not want war, violence, disasters, migration, hunger and thirst in their lives, and they find it intolerable that their representatives are not willing to make the right decisions to avoid the avoidable, and prepare wisely for the unavoidable.
But their members do not number enough to be taken seriously politically, and their identity offers an excuse to dismiss their messages as amateur personal opinions.
But unlike the case of the Turkish astronomer, here we cannot hope for them returning “properly dressed” and thus credible to the same forum with the same message, this time to be listened to.
Unless their ranks will be joined at the same fora by those whose spokespersons they became, they fight in vain.
Their “light cavalry” would need some artillery – the will not save the day by themselves.
Many thanks again for those of you, those of the science and expert community, who are engaging in this effort, through the OWG and through relentless lobbying your governments.
Warmest regards,
Janos
22/08/2014/2 Comments/by Gillian
https://brightgreenlearning.com/wp-content/uploads/2016/12/download.png 0 0 Gillian https://brightgreenlearning.com/wp-content/uploads/2016/12/download.png Gillian2014-08-22 12:16:002016-12-22 15:35:13The Turkish Astronomer, The SDGs and The Balaton Group
2 replies