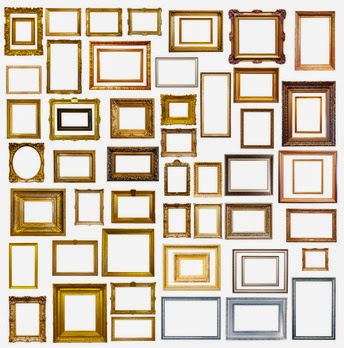 With thanks to Guest blogger: Cristina Apetrei
Back in January my friend Gillian and I were planning to go together to a Common Cause workshop, but we both cancelled last minute due to work obligations. When six months later I did manage to attend a similar event, she was very eager to hear what I learned and kindly invited me to write a guest blog post to share my experience with all of you.
Common Cause is an initiative started in 2009 by several NGOs in the UK who wanted to engage in a broader conversation about the values at the core of our society and what is needed in order to get more public engagement around various global (sustainability) issues. In an initial report – Common Cause: The Case for Working with our Cultural Values (September 2010) – they looked at social psychology and cognitive science to investigate the relationship between values and behaviour. Later some of these findings were summarized in the Common Cause Handbook – which I recommend as a quick introduction to this discussion, although the full report is much richer.
The main practical conclusion is quite simple: An organization might well be striving for a certain idealistic goal, but it will not be very effective as long as it communicates in a language that enhances values which conflict with that goal. Therefore, we should always pay attention to how we frame and contextualize our messages, and be on the lookout for the implicit values that are being reinforced.
Common Cause also says that some values are held more easily together by the same individual. To give an example, a campaign that frames the installation of solar panels as a way to save money on the energy bill reinforces the so-called “extrinsic value” of “wealth”. This value however is in conflict with values such as “protecting the environment” or “equality” that would be required for deeper engagement with the issue of climate change.
But value communication goes beyond the text of a campaign or the copywriting of a website; it also includes the context of an event or the overall culture of an organization. No communication is value-neutral, the Common Cause report argues, so try to nurture intrinsic values (self-transcendence, see Figures 2 and 3 How Values Work) rather than extrinsic ones (self-enhancement) if you want to see behaviours aligned with bigger-than-self goals.
Of course, one may read between the lines an implicit moral dimension here, suggesting that some values would be preferable to others, and this remains an open point for critique and debate. Nevertheless, I believe that the Common Cause approach at the very least makes us aware that not only are our behaviours determined by our values, but also that our actions shape the cultural value landscape that we are part of. As activists or sustainability workers, we are reminded that change does not happen in a vacuum, but requires a certain set of conditions to be met in our environment.
This has implications also for the work of a process designer and a facilitator, whose art is precisely about creating a space that is favourable to a positive outcome. I try to give a few lessons below:
1.      1. Think about the implicit frames and values of the participants
a.   Understand existing frames: Consider not only what each participant sees as the problem and the solution, but also the cultural frames that they may be employing in their evaluation. What stories do they have about the issue at hand, who is to blame in their view, who should take responsibility and why?
b.   Understand values: What underlying values do these frames elicit? Are these values compatible? Is the spectrum of values represented around the table very broad and what could be common ground for a solution?
2.       2. There may be more space for agreement than it appears
One of the findings of the Common Cause report is that people are not selfish, but value intrinsic goals more than their own interest. Also, appealing to people’s intrinsic values will over time reinforce them, while appealing to conflicting values will create confusion. If we take such insights as premises, how could the problems (or the difficult points) be reframed in a way that allows participants to more easily see the common ground?
3.       3. The context of the facilitation session  and dialogue matters
The space in which an event takes place also embeds certain values. To the extent to which you can influence the choice of the space and its setup, consider the following questions: Where does the session take place? Is it in a sumptuous room or is it on neutral ground, in an environment that makes everyone feel equal? What about group dynamics: who are the actors organizing the event and what is their relationship to the rest? Is there a speaker dominating the room or are hierarchies being reduced?
Whether you are working as a researcher, consultant, activist or facilitator, I hope this post will make you a bit more aware of the subjective fabric behind words and inspire you to think of your own role in promoting some values over others.
(From Gillian: Thanks so much to Cristina – also a Fellow Balaton Group Member –  for her intriguing post and report back from the Common Cause workshop – it sounds highly relevant, particularly to the communication and convening work that we all do continually in the sustainability community. Next time I will try to attend myself!)
27/08/2014/0 Comments/by Gillian
https://brightgreenlearning.com/wp-content/uploads/2016/12/download.png 0 0 Gillian https://brightgreenlearning.com/wp-content/uploads/2016/12/download.png Gillian2014-08-27 10:46:002016-12-22 15:35:13Working with Values and Frames: Practical Lessons for Process Designers and Facilitators
0 replies