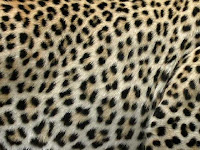 My hopeful answer to this is “well, maybe.” I get my evidence from a recent experiment that I conducted quite by accident.

Two month ago I took the Meyers-Briggs test and felt the results were accurate (self-validated). The instrument I thought had captured fairly my preferences on the four dichotomies. One of my preferences at that time was “P” – Perceiving rather than Judging. Perceivers are spontaneous, go with the flow, they make lists and lose them, they complete tasks at the last minute or late rather than well in advance.

Well, in today’s world with no speed limits on the information highway, this particular species is likely to get run over. So I have been working on this. One month ago we invited David Allen to come and address our staff on Getting Things Done, an approach which (check previous GTD tags) provides a system to help you keep alive in the organizational jungle. Many of us after his seminar have adoped this appoach and it appears to be working.

Now back to my experiment, yesterday I went to an MBTI training course and for that I had to take the instrument again, just a few months after my first test. I was amazed at the change. Everything was the same, except that my preference on the “outerworld orientation” dichotomy moved from Perceiving to Judging – with unfamiliar words like planned, structured, decisive, scheduled, makes lists and uses them, as descriptors.

I can only imagine that this difference in such a short period of time could be influenced by the GTD experience, which is still very fresh. Hopefully this change will last. I wouldn’t want to lose any of my spontaneity, and at the same time a little more structured follow-up and information management would not go amiss. Maybe just half of the spots could change? Would I then become a GMO? (GTD-Modified Organism?)