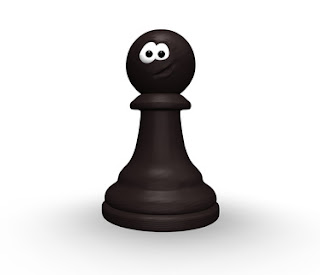 I arrived at the Chicago workshop about 5 minutes late and was horrified to see all the participants in their seats looking at the trainer/facilitator who was in mid-sentence describing the objectives of the day. He didn’t even pause as he said “gruetzi” to me (“hello” in Swiss German), to which I quickly replied “bonjour” (I don’t speak Swiss German), and tried to quietly sneak to the only remaining seat in the room, which of course was at the first table. I grimaced as I walked in front of him to take that seat. He never broke his opening patter, but for that first word of welcome, and didn’t address me directly again as he informed the participants that I didn’t know that I was the first game for the day.

Take out a piece of paper, he said, and write down three things you know about this Mystery Person (the group had already met for several days previously, and I was only joining on the fourth day). Including, he added, how you pronounce her name (I had just written it on a sticky name tag) with a hard “G” or a soft “G”. The winner, he announced, wins a BMW.

People took out paper, and peered quizzically at me. After literally 30 seconds of reflection he asked for everyone to share one of their guesses. I was to answer yes or no as they postulated about me based on the little bit of data that they had collected in that 2 minutes since I walked through the door. What do we know about our Mystery Guest, he asked, and people started…  I disliked being late. I wasn’t good with directions. I spoke another language. I had a job where I worked in front of people. I had travelled by plane to get there. And on and on. It was simply amazing how many things people could discern or infer from so little input in such a short amount of time.

At the end, he asked me to say a few words about myself. At that point, my introduction to the group was alarmingly short as I built on the many uncanny, correct guesses of my fellow participants. At the end, he asked people to  count up their “points” at which moment there was a flurry of quick questions. He said “congratulations!”, without being too concerned about who actually had the most points, and welcomed me as a newcomer into the Thiagi Interactive Techniques Certification Workshop.

What a wonderful way to be warmly integrated into a formed and familiar group, what an interesting way to involve everyone in this introduction process. What an excellent way to reinforce the fact that your participants know much more than you probably give them credit for (or can figure out for themselves), and that you can cover a lot of ground, hitting multiple objectives (introduce a new person, integrate him/her, play a game with some learning points like these, get people’s attention and wake them up at 08:00 on a Thursday) in only 5 well-used minutes.

This is the work of Thiagi (Sivasailam Thiagarajan), who holds the title of Resident Mad Scientist at the Thiagi Group. With its Indiana USA origins (starting “in a basement” some 30 years ago), this group is building an increasingly global network of games enthusiasts and Thiagi Certified Facilitators (like me!) who use these kinds of interactive techniques as a basis for engaging people in our facilitation and training work. And in that short introduction to our Certification day, Thiagi helped us see that not only are we people who design and run games for learning, we can be games too. There are no boundaries! How different might daily life be, how much more might we notice or learn, how much more fun might we have, if we knew that we could make a game of literally anything?