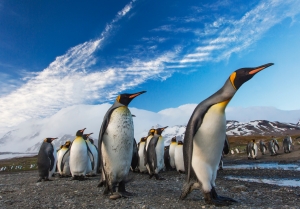 No-Fly Workshops are becoming increasingly popular as people become more sensitive to carbon emissions from air travel, respond to budget freezes or higher scrutiny of trips and travel, and try to profit from the time savings afforded by avoiding long flights or trips to meetings.

We know that face-to-face (F2F) meetings are good for social capital and relationship building, and can be important for achieving soft outcomes from group identity creation to shared ownership of a great collective result. But after relationships have been built, what are the options for teams or partnerships that have work to do, but also want to benefit from all these environmental, economic and personal productivity savings?

I recently had the great pleasure to work with a tri-continental team on a strategic consultation exercise during which: a) The whole team needed to share an understanding of future organizational objectives; b) Team members in different constellations needed to work together to generate key inputs; and c) These inputs needed to be shared with the whole group for further validation and value-adding discussion so that the process could go forward to the next step with everyone’s support.

This workshop would have taken a day or more to accomplish the stated goals. To execute in F2F format, it would also have produced over 20.5 tonnes of carbon from the air travel it would have needed to convene the team in one place, not to mention cost many thousands of USD in travel costs, and implied days of travel time for team members in other parts of the world – in this case, Europe and Latin America. We had bigger groups in two of the organization’s offices, and a few individuals joining from other locations.

In the end, the following virtual format was used:

The first of the 2-hour sessions was somewhat of a pilot. We spent that session entirely in plenary using a Mindmeister mind map to capture the outputs of the plenary discussion. However, we quickly understood that we needed some further discussion on the overall framework and rationale for the exercise, so some time was devoted to a presentation during the next scheduled staff meeting. This happened to fall between Workshop 1 and 2, and had a more traditional online presentation format with a Q&A afterwards.  After that, as we were 14 people and wanted to have as much time as possible for individual contributions, we decided that small group work would be more effecient at least for part of each workshop. Therefore, for calls 2, 3 and 4, we used the following design:

This process got smoother and smoother, as people got used to the technology. We also tried a few different ways of recording the results of the small group discussions. Initially we let groups that went “off piste”  record the notes of the discussion outside the templates. But we eventually decided that it was better for people to use the templates, and answer the questions (bearing in mind that they could tweak the questions) for more task precision. We definitely saw the benefit of using this format a number of times over a few days – practice helped!

From the Facilitator’s perspective, I took some notes for myself that I wanted to share – I will want to use these the next time I facilitate a No-Fly workshop:

No-Fly Workshops have been around for a while, and they are certainly not going away. More and more people are considering this option for getting work done within distributed teams and networks, to cut carbon, costs and time. As technology advances, and our organizations invest in better platforms, so too do our motivations to learn how to use them more effeciently to get our collaborative work done.  Similar to sharing facilitation and design tips, as Facilitators, let’s try to share more and more of our “how to’s ” for these No-Fly workshops, as without all that flying around, we should have more time to do so!