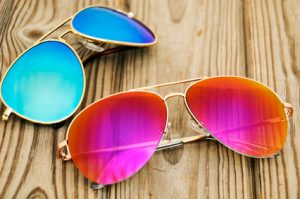 I had the great honour and pleasure to be the process steward for a multi-stakeholder consultation recently around a complex new idea (which is exactly when you want and need a multi-stakeholder consultation) in the sustainable development field. The issue was one that had significant potential environmental, social, economic and political implications that people and their organizations felt very strongly about. In the room were representatives from a number of sectors – multi-national corporations, government officials, NGO and civil society actors, etc.-, and the potential for a good deal of power asymmetry to be expressed.

Pre-work for the consultation had shown a diversity of opinion on our topic. This 2-day face-to-face meeting needed to surface all the reactions, opposition, ideas, and suggestions from this diverse group of experts in order to make the idea more robust, more applicable and have more chance of success. Among our desired outcomes, we wanted to be able to anticipate and address the wants and needs of the sectors and organizations that could be implementing it in the future. We were clearly discussing a good idea with a lot of potential, thus the good turnout to the invitation to join, and the high level of attention and engagement of the people in the room.

The consultation process was designed to maximise the contribution that every individual participant could make, their opportunities to provide comments to each aspect of the idea, and the time they would have to explain the rationale behind their input. The focus for the committee presenting the idea was to listen deeply, be curious and ask good probing questions to further their understanding. At the foundation of this consultation was the firm belief that any question, input, challenge from the group could only make the idea better, more appropriate and more applicable in its second iteration. So we needed maximum authenticity and a safe space to share what might be opposing views.

This post isn’t actually about the process that we used to do this – that’s another article that I will write at some point. This post focuses on an observation that provided some powerful learning for me about the assumptions we all hold and bring into our processes and work with other people.

The first day of our consultation went very smoothly. The group was high-level, well prepared and worked together diligently to provide comments, document them – discussing, analysing and developing some very useful key messages from their small group analysis. There was laughter periodically in the room in spite of the seriousness of the topic, great questions were asked, the wall templates were filling up with colourful nuggets of incredibly useful and thoughtful contributions. Everything looked rosy.

I was getting very nice feedback from people at the end of the day and during our group dinner. And then the question came.  A member of the idea committee asked earnestly, are people being too nice?

Where’s the clash? Where’s the conflict? Are people giving their real opinions? This took me a little aback. I would say in a very useful way. It gave me the opportunity to think about assumptions (which I always enjoy) – all the different assumptions that people hold that are creating the reality we are sharing. Including me.

I could see that the assumption on the part of the person earnestly questioning if we were getting what we needed, was that difference in opinion in their experience was signaled by overt public disagreement, which can lead to passionate speeches, high emotion and possibly visible conflict in a face-to-face meeting of minds. This was clearly absent in our process so it caused a question mark to pop up for this person and then a desire to go around and check with people to see how they felt about the environment we had created to provide inputs. Hmmm, interesting.  I felt my face – was I wearing rose-coloured glasses?

For me, as the process steward and facilitator, my assumption was that people were happy because they were able to provide their viewpoints in a structured and constructive way. So the absence of open conflict was a sign that the process was providing them this opportunity, and so they were satisfied and comfortable, able to both provide their views and get to know each other and laugh from time to time. I actually very rarely have any kind of open conflict in my workshops and processes because I try to use different methodologies that aim to capture all inputs (rather than those of the loudest or most persistent), provide anonymity when needed, value inputs through multiple levels of discussion and analysis that allows people to work with ideas rather than refute them. I use Appreciative Inquiry to inform my question articulation and keep the pace moving and visually stimulating, and mostly out of long, open, unstructured plenary sessions where speechifying and checking your email is tempting, and the feeling that you are not making progress is tiring.

So the question made me usefully pause and notice again my assumptions and gave me an opportunity to check in with the group. This was a good idea for all – it would help me understand if the process was providing space to capture opposition to our central ideas (rather than being designed  for harmony at the cost of good input), it would help the person who feared that the lack of open and vociferous dissent meant that people were being too nice (and that nice meant no opposition); it would reinforce our principle for participants that all views were appreciated – the good, the bad and the ugly. We wanted them all!

I decided not to just ask the BIG question to the group in plenary at the beginning of Day 1, as that would be a risky format to do it and in that situation people might not feel comfortable to single themselves out and speak up in the awkward silence after such a question so early in the morning. So instead for the next set of discussions around the inputs, which were a little higher level and bigger picture, we asked for the “elephant in the room” (things that have not been spoken but need to be spoken) as well as key messages from their analysis and small group discussion. 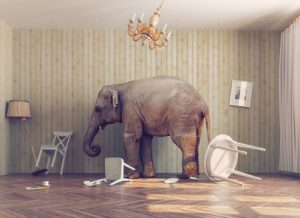 The addition of that little question worked very well. It was an unexpected visual, amusing and energising question at that moment in the consultation (we were talking about biodiversity and had already spoken about elephants once in a more realistic context). Groups could identify one big elephant or a herd of small elephants. It invited everyone to think about what might be some of the underlying and potentially unspoken or softly spoken issues, at any level, of our consultation.

It also gave another way to analyse the patterns of the contributions, and it allowed us to see if there was anything new that we had not heard rumbling up before, or if the elephants identified now were more thought-through conceptualisations of things that had been emerging but perhaps not yet fully formed in all the different discussion activities as we went along. We found more of the latter which was heartening and also found it to be a valuable way, towards the end of our consultation, to help summarise and crystalise collectively the most important action areas for the idea moving forward.

It’s not often that you get a stop-and-think-question like, “Is this going too well?” that helps you test your assumptions (and those of others) while you still have everyone in the room. In the end, the consultation went well, the energy in the room was high, and we got those comments, ideas, gaps and elephants, with and without my rose-coloured glasses.

Micro-Learning: Delivering a Wealth of Learning in Bite-sized Nuggets
Scroll to top