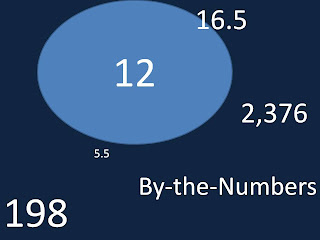 Sometimes the math behind learning and collaborative events and processes is pretty impressive. For example, I used the slide above in my intro at a recent multi-Stakeholder event.

The last point is especially provocative from a group process point of view, and interesting to point out – if the group is large, and the format is plenary, and if you want to hear from everyone (because for example its a stakeholder dialogue), and everyone feels they have to speak in the plenary to be heard, it is a zero sum game.

With the math it becomes quite clear and a powerful rationale for both (a) design decisions such as adding into the agenda all kinds of small group discussions, pairs discussions, talks to your neighbour after a speaker or before a plenary discussion (and maybe some good capture tools if you want to collect these thoughts). There simply are not enough hours available for everyone to speak in plenary; and (b) on-the-spot facilitation decisions such as helping people understand that they need to be brief and concise in their interventions from the floor and also from the front (panel, podium or other). This way if the facilitator selects someone new instead of someone who has already spoken, even if they are literally jumping up and down, an understanding of the math may help foster some understanding and patience with the process.

Invoking the math can also help people gain a greater understanding of what is being invested (e.g. 2,376 person hours) and also what that might cost if it was monetized. It also speaks to what can be accomplished if that time is used most productively (design again – do you want it to be spent listening to speakers?)

Do the math, it can be a powerful intervention for all – participants, organizers and learning/process designers!

Followon TwitterSubscribeto RSS Feed
Tweeting from TEDActive2011: Rediscovery of Wonder 10 Different Ways to Do Anything? Get Inspiration Everywhere
Scroll to top