I just spent the last two days at Online Educa, one of the largest global conferences for technology-supported learning and training, held annually in Berlin. It is my third time attending and every time I return full of new ideas and a glimpse at the future learning trends through the eyes of some of the top thinkers, academics and techno-geeks. This year was no different.

Each year there is some tool or topic that is capturing the excitement and imagination of the 2000+ participants. When I first attended in 2006 it was blogs and wikis, with many people enthusing about their experiences with these young tools. At that time we had just started this blog, so were eager to hear how people were experimenting with theirs for learning. Informal learning was also a topic with Jay Cross’ original book on this published.

In 2007, the buzz was around real learning applications in virtual worlds, like Second Life (SL), which most people had discarded as playgrounds for slackers. Many formal and informal learning experts were exploring and exploiting their potential for all kinds of learning. Podcasting was also a hot topic, and mobile learning was a beginning topic of conversation then, but was being drowned out by SL avatars and a much bigger conversation about the quality and quantity of user-generated content. (I’ll never forget plenary speaker Andrew Keen -author of The Cult of the Amateur: How Today’s Internet is Killing Our Culture- who was boo-ed for proclaiming to the audience of thousands of otherwise very polite internet enthusiasts that wikipedia and the internet was being written by monkeys, or something to that extent.)

Trending this year were a few things: Tools like Twitter were not only mentioned in practically every session, but also was being actively used to extend the learning beyond the seminar rooms throughout the conference. All kinds of video application was also a trend, from having school kids use the video clips they took with their phone for show and tell, to the question of whether YouTube and its mega supply of how-to, just-in-time learning content might ever replace formal training. Mobile learning was also very big this year, with everyone doing it on their I-phones (or other, although I saw lots of them) as well as discussing the future of learning as being “hand held”. This was linked to an ongoing discussion about the coming of cloud computing, having everything in the “cloud” with ubiquitous access, where any user can access any content, anytime with their phone, PDA or even a TV. One plenary speaker heralded the end of “bulky” laptops, while holding up one of the smallest I’ve seen.

I myself found it fascinating that I only turned on my own PC once the whole two days (and that was for a skype call to Sweden). Not that I was taking notes and talking instead, no, I was on my phone the whole time. I used it to Twitter the conference, used it to give feedback in sessions on Backnoise.com, to ask questions of other participants, to meet and interact with many people, and more. Instead of sitting down to write my blog posts, I micro-blogged the whole time (I would have never found the hour it takes me to write a proper blog post during that fast-paced conference.) And in doing got some experiential learning in “going mobile”, learning alot about this new handheld future, from many who do it so expertly.

In fact, my last Tweet from the Conference was: “#oeb2009 Difference @ OEB for me this yr: Didn’t use my laptop at all- all interaction with mobile & found it great- Next yr no pc 4 me!” 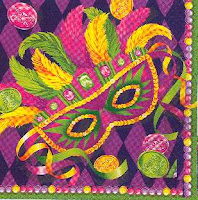 (This post was inspired by a conversation I had a few days ago about the possibility of holding a major Congress in Second Life as opposed to F2F. There were worries that people would not be themselves and that that would affect the quality of discussions.)

We all have a Second Life. Every time we walk into the doors of our office that is effectively a completely different world than the one we just left. We look different (at least one makes a heroic 10 minute effort to look better), we do very different things, and the details of our behaviour in our workplace and the place we just left are completly up to us to expose or not.

Some people at work, as in Second Life, are perfectly happy to share at length the details of our Home Life, to plaster our office walls with photos of our families, and to personalise our spaces. Others keep these two worlds strictly apart. Some people make friends in Work Life that become friends in Home Life, and some people cultivate other kinds of friends and relationships in each. In either world, it is up to us to be accountable, and to be comfortable with our actions in both of these lives. I guess it would be as hard to be a creep in Second Life as it would be to be a creep in Work Life or Home Life (or as easy, for some people). So I guess I don’t see the big deal about Second Life being a place where people can be more or less transparent about themselves, people can do that anyways.

Now if only we could teleport ourselves to international meetings, that would be great.

I recently spent many hours in Second Life with the goal of showing people at the recent Balaton Group Meeting what all the fuss was about. One of the goals of our climate change-focused meeting was to explore accelerated learning tools, so my workshop on Web 2.0 applications to environment and development issues was one contribution towards this end. In the main programme of my workshop I did not get into Second Life, mainly because my avatar had been stuck in an unfinished ski resort for months, still in her first change of clothes and going nowhere. So I rustled up another avatar and was determined to get her going (at least get a skirt on her) and go out and have some fun.

I succeded on that front, to get off the initiation island, to get her decked out in long blond hair and a jazzy outfit, and took everyone watching my screen to a few places that I knew were concerned with sustainability issues. First I went to Better World, a collection of socially conscious organizations and their various neighbourhoods. I visited the water centre and wandered through Camp Darfur. Then I teleported to WWF’s Conservation Island to have a look around – lots of lawn chairs, assorted animals running around, a couple of donation boxes in the shape of Panda Bears. But my main reaction was “HEY, WHERE IS EVERYONE???” These places are interestingly built and totally empty (at least the few times that I was there I saw no one.)

Well, that was a little embarassing to show to my open-minded colleagues. However, I busied myself in learning how to uncross my arms, sit down, and change the colour of my hair. It wasn’t until I met my husband in there (a software engineer for whom this stuff is at least Second Nature if not Second Life itself) who then took me to some fun places – on a hot air balloon ride (I still managed to fall out somehow), to a swimming pool where you can slide down a high water slide. He showed me how to dance and we went to look at speed boats. That was actually nice as I was in Hungary and he was back home in Switzerland with the kids. But even in these places people seemed to zoom in for a moment, wave their swords or whatever, and then split. I guess you can be as clueless socially in Second Life as you can be in Real Life.

My complete absorption in trying to figure it out, and find the interesting environmental sites (not to mention telecavorting about with my husband) was seen as a very scary sign of how people can get sucked into this virtual environment and ignore the world around them (the world around me at that time was participating in Hungarian dancing). My colleagues were intrigued, but not totally convinced. They asked, how can Second Life model climate change? Can the lights dim and go out from time to time? Can teleporting be rationed or controlled, or at least affect the energy available to do other things? Is cyclonic and anti-cylonic activity increasing in Second Life like it is in First Life? And what happens if the weather starts to destroy the coastal developments? Is there Linden Insurance coverage?

Tonight I got an email from one of these colleagues with this link for a website called “Get a First Life” – I love it – it makes me want to walk out of my office and find someone real to talk to!